A quarter century. That’s how long I’ve been making a living with a camera. As I reflected on this milestone, I decided it was time to get back to my roots. To strip away some distractions and concentrate on “pure” shooting. What makes it pure?

Looking back, I found a thread that ran through my recent work. That thread was the ability to see differently. To find the art amid the chaos. Whether it be in a plain old office, at an event or in a visually stimulating factory with sparks flying. No fancy lighting, no crew, no hair and makeup artists. Just one backpack of gear and experienced eyes.

To celebrate this anniversary, I shelved my old website and started over from scratch. All images on my new site are composed entirely in camera, shot with available light and there is little to no retouching. So they’re pure.

I’m reaching out to small businesses and large corporations who need a little purity in their marketing mix. Authentic images from shoots that require very little effort from the client side.

If this sounds like something your business could use, email me — chris@cdphoto.com. 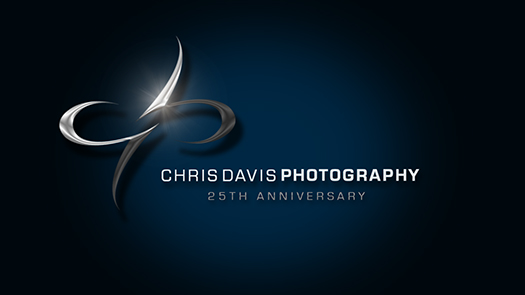 Check out the NEW cdphoto.com!

Since I released my first reel in 2010, I’ve had the opportunity to tell many new stories through the medium of moving pictures. So I updated the reel to share some of my latest experiences, including never-before-seen footage from the feature film “Adrenaline” to be released later this year. More on that soon! Many thanks to my friend Evan Vetter for his editing excellence. Enjoy!

As of 2013, I’ve been making a living in commercial photography for over 21 years. So to celebrate I gave my STILLS site a little makeover. Enter my friend and talented webmaster, Jesse Bond. Two words come to mind when I think of him: Detail. Oriented. Jesse patiently waited for me to edit a mountain of photos that were hiding on my hard drive. Then we organized them into simple categories and made the images really big. Jesse even created a separate mobile site for our friends on the go. When it comes to everything web, he is the man. Take a stroll through the new site and let me know what you think. cdphoto.com/stills 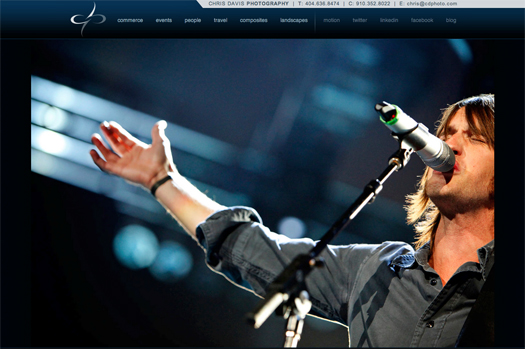 This summer I was contacted by a local organization called the Blue Ribbon Commission, which is made up of community leaders, local businesses and volunteers. Their mission is to stop youth violence in New Hanover County. Most people in our area have never heard of the Blue Ribbon Commission, which inspired an upcoming media blitz including a new website, billboards, radio and TV spots. I had the opportunity to present a concept for a 30-second TV spot and a short web video. After extensive research, writer J.R. Jones and I decided to focus on a core problem concerning the issue of youth violence—the absence of fathers. “The BRC Needs Mentors” became the overarching idea behind our assignment, and we played it out with two characters, Darren & DeSean. Our approach was to create a TV “teaser” spot (see earlier post) to build interest and drive traffic to the new website: www.brcyez.org. There, the viewer can see and hear the rest of Darren and DeSean’s story via our video, and (hopefully) become a volunteer. Click the full screen button in the lower right corner for better viewing!

The Gospel Music Channel in Atlanta hired me to photograph the “gallery” and the “unit” for an upcoming made-for-TV play. (Those are film-speak words for the poster and a portion of the live action.) Filmed here in Wilmington by local production company Swirl Films, the mostly African-American play featured some big names in Hollywood including Tony Grant, Christian Keyes and Jazmin Lewis. Everyone was very cool, and despite having only a few minutes with each actor, we captured several frames in various poses. The final poster was designed by another company. 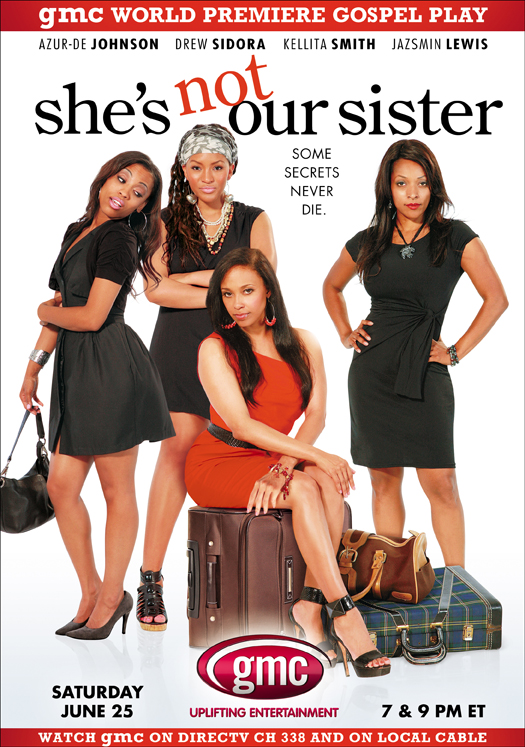 I’ve been working in video for a while now (under Categories to your right, click on Film). And I noticed something that has always bothered me regarding TV commercials. The super slick, big budget spots for national companies run right beside the ones created locally. Not good. Kinda like putting a Lexus up against a homemade go-cart. But there are certain small-business owners who want their advertising efforts to have a great idea and a high production values too, like the big-boy ads. This is where I come in.

I’d like to offer an option that doesn’t feel so….local. So I’ve launched Chris Davis Productions.

Already have an agency? Great, send us your boards. Can’t afford an ad agency, but want an awesome TV ad? Great, let’s talk. We’ll create an ad that will put your business in the best light.

MONDAY, NOVEMBER 1, 2010 ~ FOR IMMEDIATE RELEASE
New Production Firm Seeks to Shoot TV Ads That Are “Not So Local”

WILMINGTON, NC—For the last 18 years, Chris Davis has enjoyed success as an award-winning commercial photographer.  Davis considers his career’s official start in 1993, when his photo for a men’s clothier ran as a full-page ad in GQ magazine.  Since then, Davis has worked for corporate giants like Coca-Cola, BellSouth, Motorola, Sony, and ING; his images have graced magazine pages and 6-story billboards in Atlanta, where he was trained. Davis and his family moved to Wilmington in 2005, and these days, Davis has his sights set on local Wilmington businesses.

On November 1st, Davis officially launches Chris Davis Productions, a division of Chris Davis Photography, Inc.. The production company will focus on creating high-quality commercials that are intended to fill the gap between the slick, Madison Avenue-produced advertising of national corporations and the obviously home-spun look of most local ads.

Davis explains:  “When you watch television, national spots run right beside local ones, and there is often a huge difference between them in terms of concepts and the cinematography.  My intent is to fill that gap, allowing smaller local companies to look, well—not so local.  Chris Davis Productions will produce commercials that feel more like short films than TV ads.”

If you’ve seen local spots for Kitchen and Bath Galleries (“Sleeping Bags”) or the Goodnight Sleepstore (“Burglar,” “Insomnia” and “Date”) series, then you’ve seen Chris Davis in action.  He produced the Kitchen and Bath Galleries spot and collaborated as Director of Photography on the Goodnight Sleepstore spots with local award-winning director Joey Connolley. You may have also seen Davis’s still photography work on recent covers of Focus on the Coast magazine. “Of course, we’re continuing to shoot stills, too,” he says.

Charlene Dupray, current client and co-owner of Wilmington-based South ’n France, Inc., says:  “What makes Chris Davis Productions unique is that he’s not just some guy who liked video and decided to start a production company.  He’s an experienced commercial photographer who knows how to create, produce and deliver an advertising product.  He understands marketing, photography, lighting—the whole package.  To have a pro with the eye of a commercial photographer who can create a full-blown video production…well, it’s a gift.  Wilmington is lucky to have him!”

I was honored to shoot the cover for one of Wilmington’s coolest magazines. Tourists and locals alike love Focus on the Coast for its fun, relevant articles and tips on everything from what to wear, to where to eat. Featured in the July issue is Lumina Station ~ a small mecca of upscale shops and eateries. We thought it would be fun to show a couple of kids enjoying this outdoor shopping venue. Look for more Focus on the Coast covers from us coming soon! 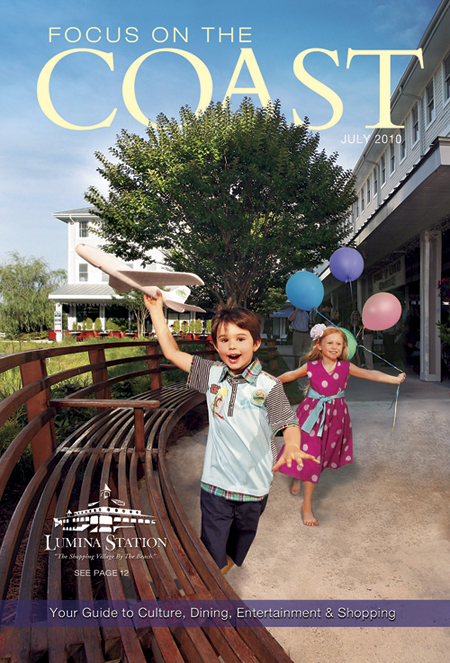 Somebody asked me the other day if I still took pictures. I know I’ve been doing a lot of video lately, but YES, photography is still a big part of the game plan! So in response to that comment, I’m ramping up promotion for my portrait work. Capturing a person’s personality in their element has always been a rewarding assignment and I love getting those calls. If you’re new to the blog, check out the FACES site at cdphoto.com/faces. For the entire FACES collection (50 total) , just click on the “Download a PDF” button on the left side of the FACES home page. 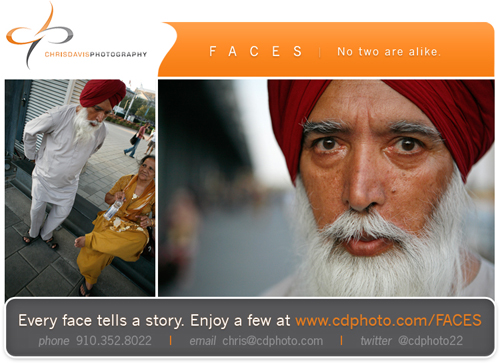 I’m thrilled to be sharing a new website and a new Vimeo channel with you all. I’d like to thank a few folks for helping me get to this point. Evan, Joey, Jesse, Paschal and Joseph — your guidance and support is much appreciated. I’ve always said that the reason I loved photography was because it’s a beautiful blend of art and science. Well, now that combo has a really fast engine and flames painted on the side. Fasten your seat belts! 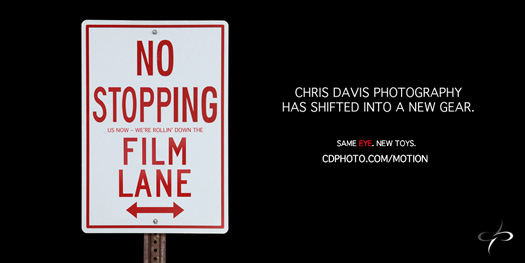 See these short films and ads on our new channel at Vimeo.com 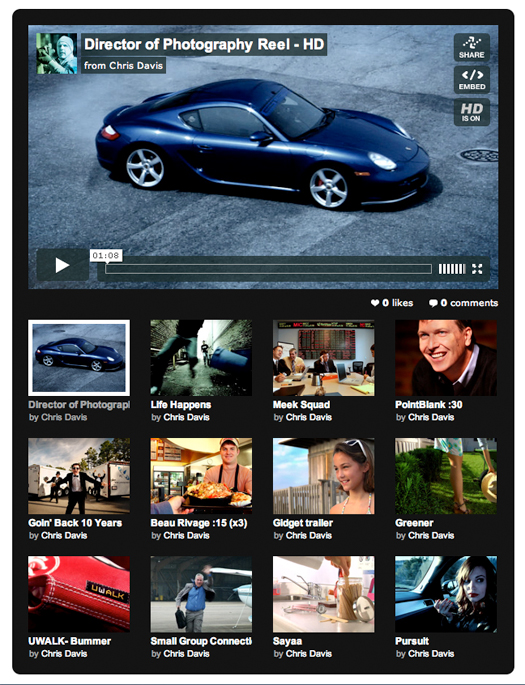 As we gear up for the release of the new CDP Motion site  on 2/1/10 I wanted to go ahead and share the new colors and tag line with everyone. We’ve  shifted into a new gear! Stay tuned…